While wandering around the city center, you 'll soon realize that Thessaloniki 's little gems can be found in the most unexpected places.

Just a breath away from Modiano market, the central enclosed market and next to one of the most beautiful hammams still standing in town, the "blooming" heart of Thessaloniki beats loudly and flowers are writing their own history, for decades now. 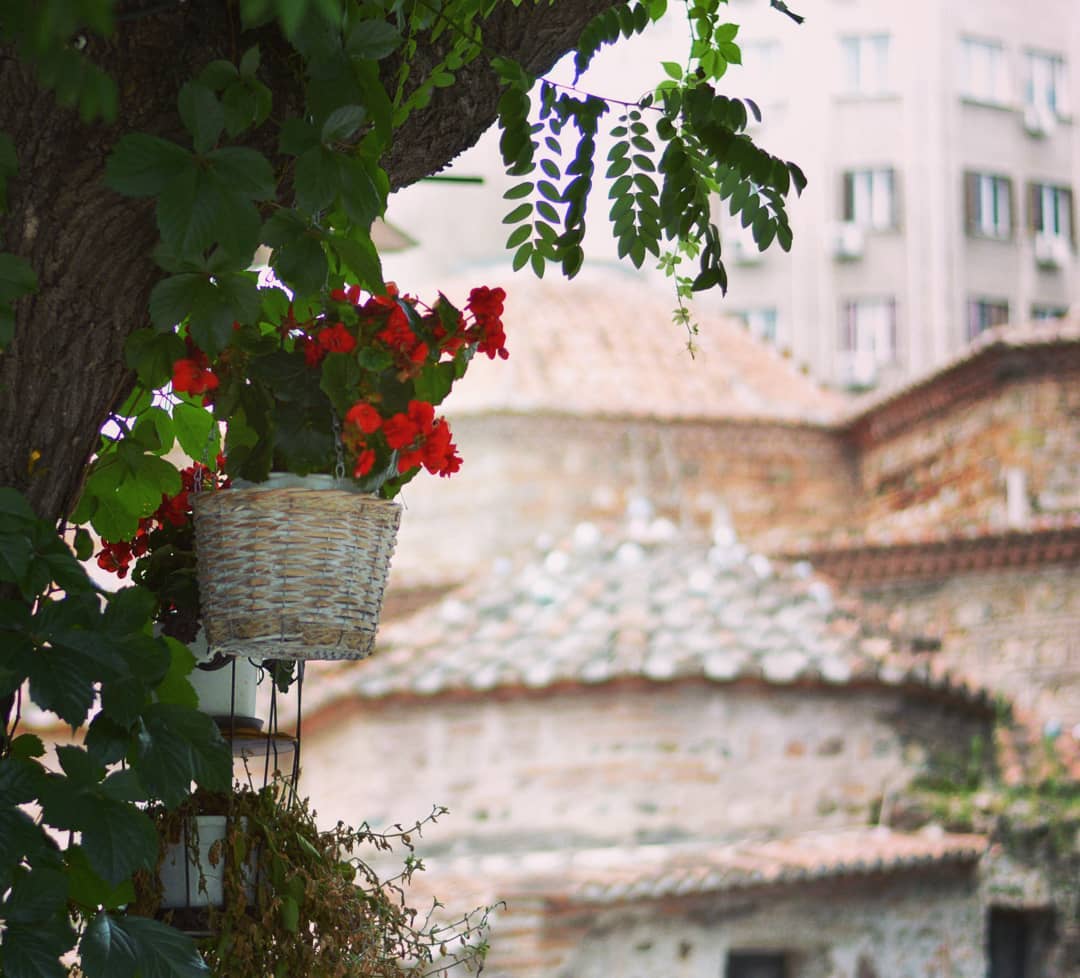 The story of the flower shops goes back in time and it is closely linked to the Yahudi Hammam. The hammam, located in the Jewish district, was known by various names: Pazar Hamam (Bazaar Bath) or Pazari Kebir Hamam (Great Bazaar Bath) or Halil Aga Hamam, after its founder. Built of stones and bricks and with a strong Byzantine influence on its architecture, Yahudi Hammam was constructed as a double bath, with two separate sections, one for men and one for women.

Even today, cramped between six-storey blocks of flat, its ceiling, with the 15 domes with small glass openings for natural light remains impressive.

Although street vendors had set up their flower stalls around the hammam’s walls since 1952, it was in the late 90s when a cobbled square was created where the Ottoman monument, the flower shops and some cafés all co-exist. 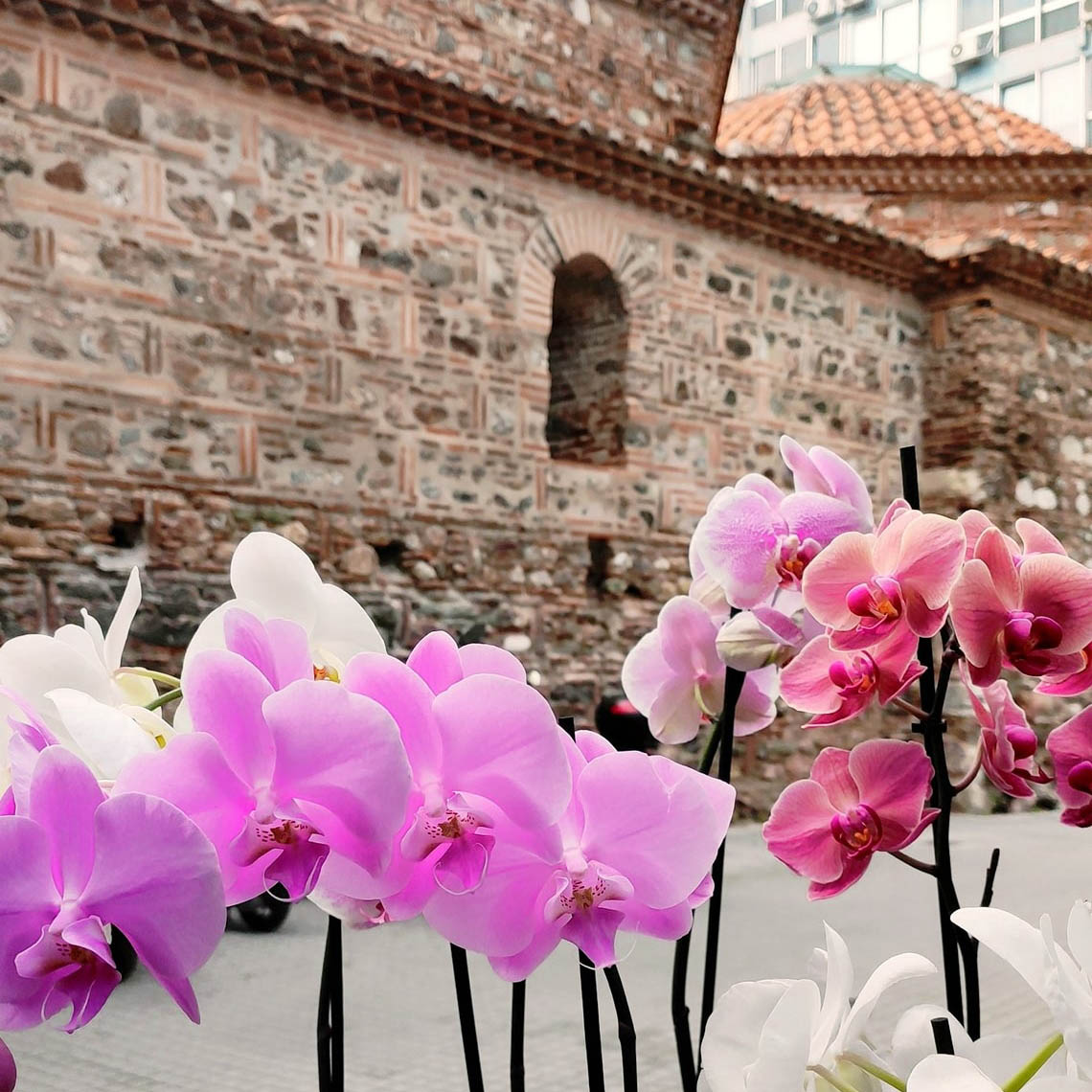 Filled with colors and flavors, the area of Louloudadika is the junction of...the mixed cultures of the city, where old and new, monuments and flower shops co-exist harmoniously.

Today, in the cobbled area of Louloudadika, food shops, restaurants, cafés and bright smiles welcome the visitors in the most colorful district of Thessaloniki. Order a Greek coffee or a plate with local delicacies and enjoy the modern face of the area, with the 16th century Yahoudi Hammam in the background.