Start your journey to “Thessaloniki of the Roman era” from Cypriot Fighters Square , located at the junction of Olympou str. , Venizelou str. and Aghiou Dimitriou str. . Remnants of monumental, mostly public building were excavated at this site. The findings date back to the 3rd century BC and possibly constituted the administrative centre of the city dating back to the Hellenistic and Roman era.

Only a few steps away, following Olympoy str., the social and religious center of Roman Thessaloniki is revealed in front of your eyes: The Roman Forum, otherwise known as the Ancient Agora of Thessaloniki. It includes the large rectangular square, the ground floor of the double underground Cryptic Galleria, the Odeon, the mint, the city’s registry, as well as the circle baths and the Contemporary Museum.

A hidden gem into the hustle and bustle of the city, the Roman Forum provides not only a fascinating historical place to explore; locals love this neighborhood for the laid-back atmosphere, its unique character and the vivid lifestyle. If you're not into ancient history, treat yourself to a greek coffee overlooking the view before you leave the area. 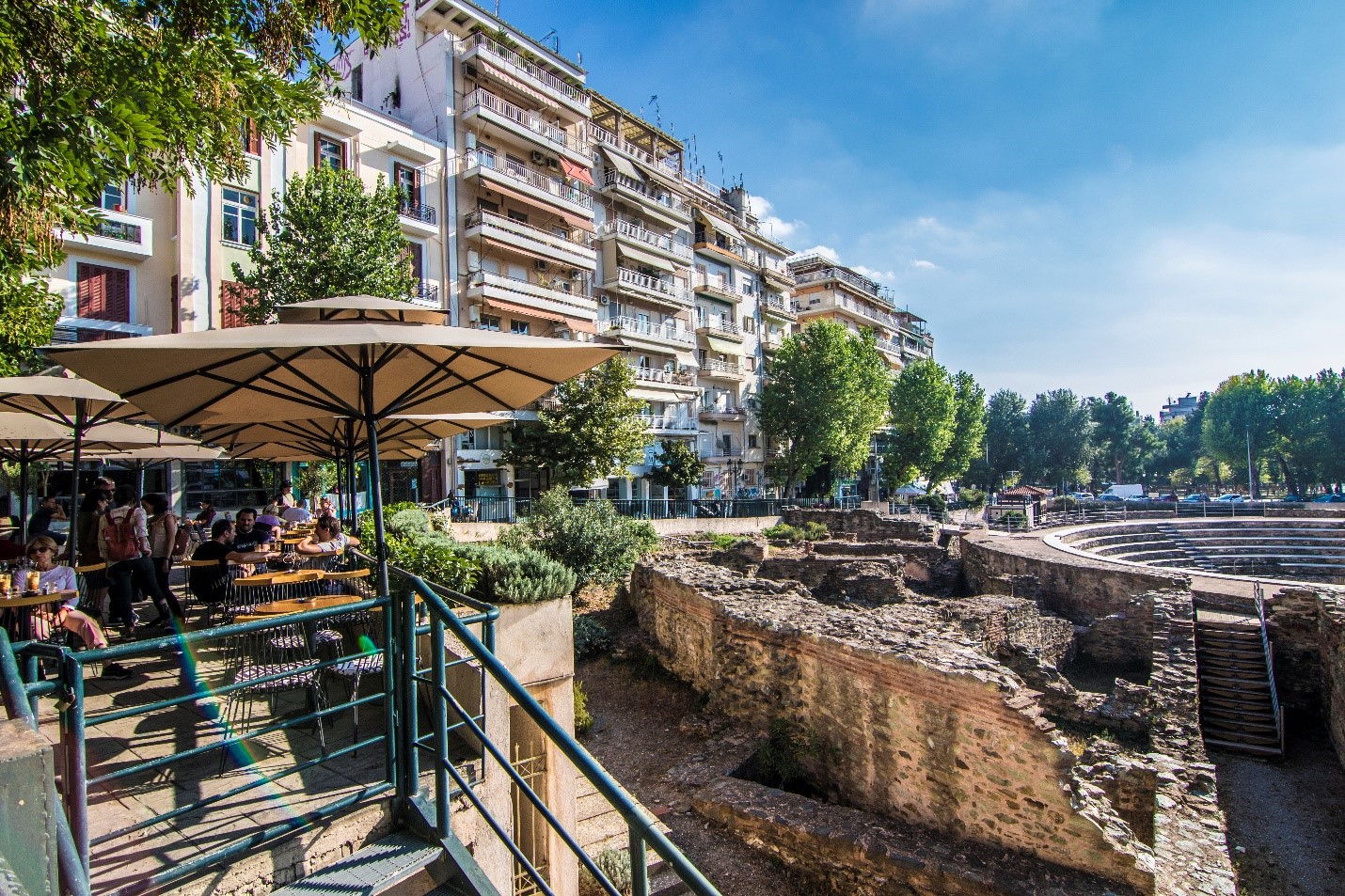 Following Egnatias str. you come across the Triumphal Arch of Caesar Galerius. The Arch was constructed to commemorate Galerius’s victory over the Persians between the years 295-305 AD. In its relief decoration are depicted performances with the military battles and victories of Galerius. The impressive 'Kamara', as it is known among the locals, is one of the most loved and popular monuments for the Thessalonians (and not only), as it is the meeting point of residents, students and visitors before starting their walk in the city. 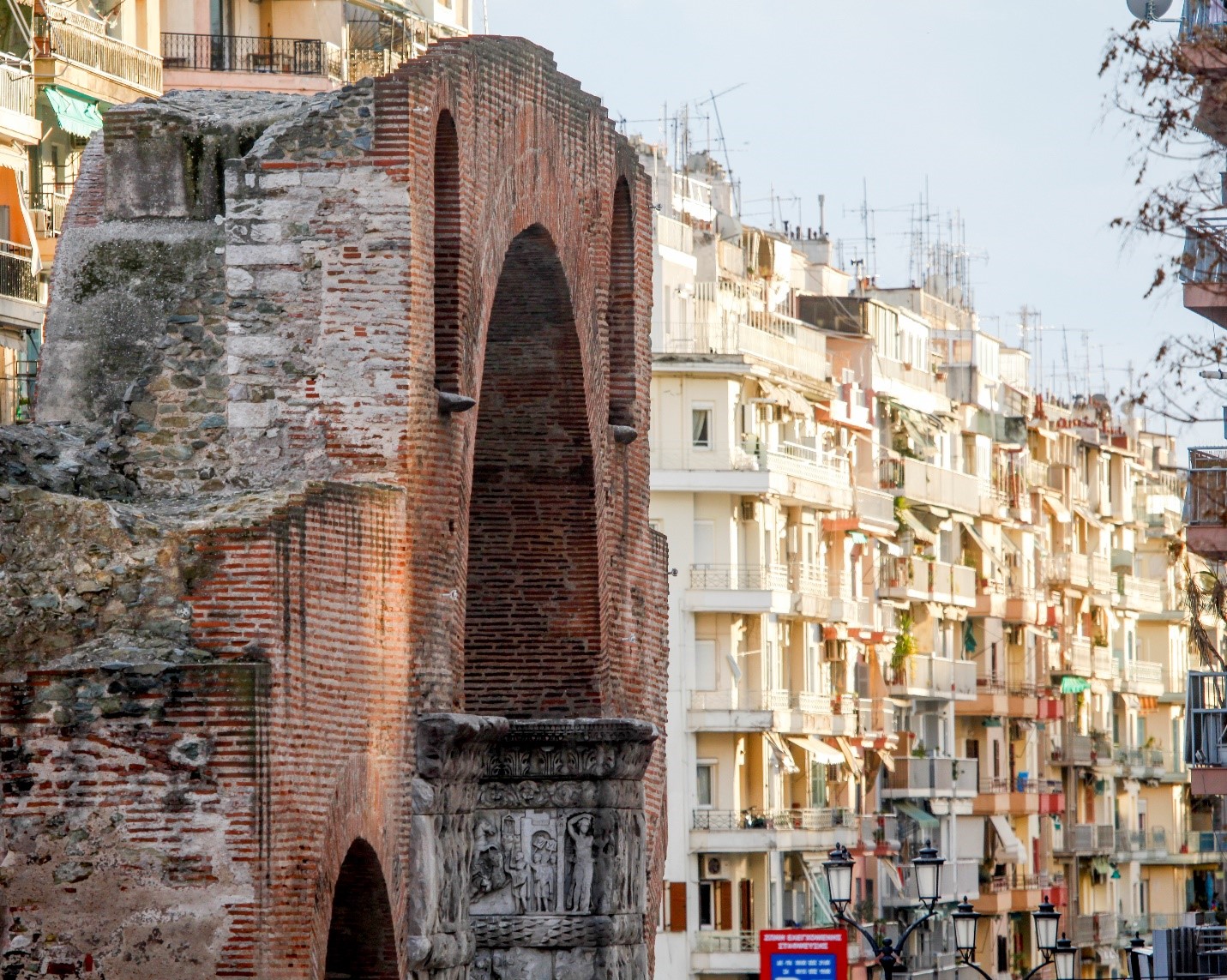 Cross the Egnatias str. Your steps will take you to the open-air archaeological museum of the Palace of the Roman Caesar Gaius Valerius Galerius Maximianus in Navarinou square. This imposing building complex started to be constructed in the late 3rd - early 4th century AD and was part of Galerian Complex (total area 150.000 sq.m,) which also included the Triumphal Arch (Kamara), the Hippodrome and the Rotunda. Nowadays, Navarinou Square is probably the most popular meeting spot among the students of the city, since it’s buzzing with modern coffeeshops, as well as with a variety of nightlife options. The Gounari walkway is considered to be a famous haunt of the Thessaloniki’s locals. In fact, it has recently become an attraction for tourists due to its “alternative” and local vibrant atmosphere. 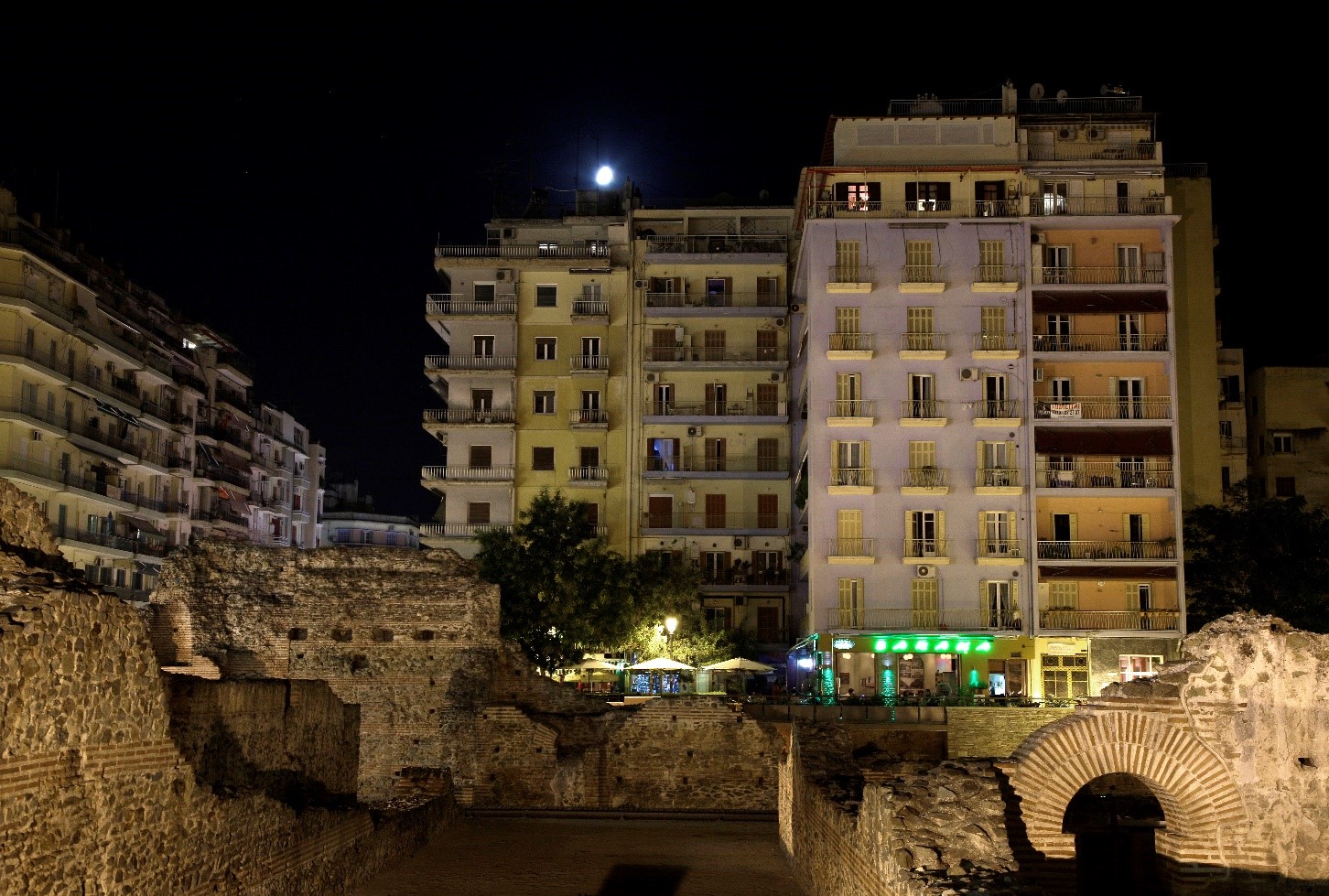