Built on the slopes of Mount Vertiskos, at an altitude of 650 m and 40 km NE of Thessaloniki, Ossa is one of the oldest, most historic and picturesque settlements of Central Macedonia, with natural, archaeological, folklore, religious and architectural interest.

Antiquities of prehistoric, Hellenistic and Byzantine times have been found in the area, but ancient Ossa is located a little further east and is referred to as the town of Visaltia, which cut its own currency. In modern times the today’s settlement is referred to as Vyssoka, answering to an Ottoman registry of 1568.

The oldest known reference to Visoka dates back to the Ottoman settlement of 1568, where it is noted as a prosperous settlement with a small minority of Muslim inhabitants. In the following centuries, the settlement is referred to as Vyssoka or Vyrsoka. Its inhabitants were mainly engaged in tanning, footwear, hair trade, coal mining and mining, while women were involved in the manufacture of ornate and colorful woolen woven fabrics.

The inhabitants of Ossa are local, native Macedonians. Some families have their origins in Epirus and Thessaly, while after 1922 about 30 families from Almali in the East Thrace settled in the village. Residents of Ossa also moved to Nigrita and Soho, which shows the close relationship between the three settlements, which is also reflected in the common cultural tradition, such as customs, traditions, songs and clothing.

Particularly developed, at the end of the 19th and the beginning of the 20th century, was the educational activity in Ossa with the operation of exclusively Greek schools, male and female schools, as well as the famous Urban School of Vyssoka.

Nowadays, Ossa is inhabited by about 300 permanent residents, who are engaged in agricultural production, animal husbandry and freelancers.

The village operates, with the care and voluntary support of the Cultural Association of Ossa citizens “Agia Kyrana”.

The two churches of the village are of artistic interest. The oldest of the Brigadiers of 1804 with the rare wood-carved iconostasis and the icons of Koulakiotes painters and the second of 1840/60 dedicated to the patroness of the village of Agia Kyranna, inside which is kept its despotic icon, a work by Christodoulos Zografos. 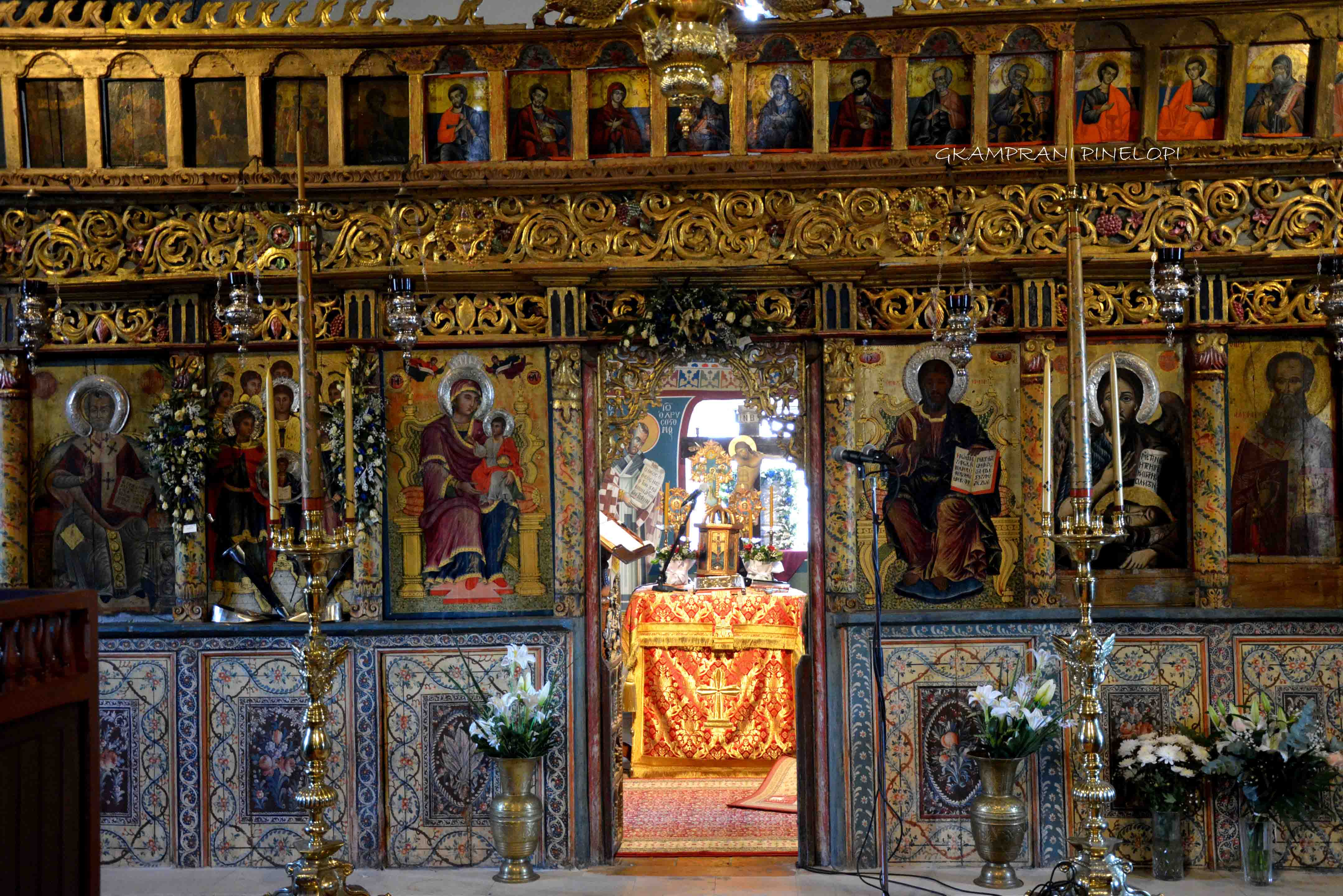 Visit the Folklore Collection of Ossa.

The Ossa Folklore Collection, housed on the floor of the preserved old Primary School (1926) was created in August 1992 by a group of young people, in order to save any kind of object related to the history and tradition of their village. Thus, an exhibition emerged, highlighting elements from rural life and everyday life, such as agricultural and livestock tools, photographs, textiles, everyday objects, costumes, shoemaking and shoemaking tools, as well as others representing local folk tradition and art. In the Lower Market of Ossa, which was once the historical, economic, social and administrative center of the village, and which in recent decades has remained neglected and degraded, the association took the initiative and proceeded to restore and revive an old grocery store. The wooden bench and display cases, the old scales and boxes, the boxes with the threads and buttons, the cupboards and bottles, the old student bags and all kinds of boxes and product packaging, as well as many rare metal billboards, were placed. in the area of ​​the old grocery store to evoke nostalgic memories of the older ones and to "tell" pages of modern history to the younger ones. 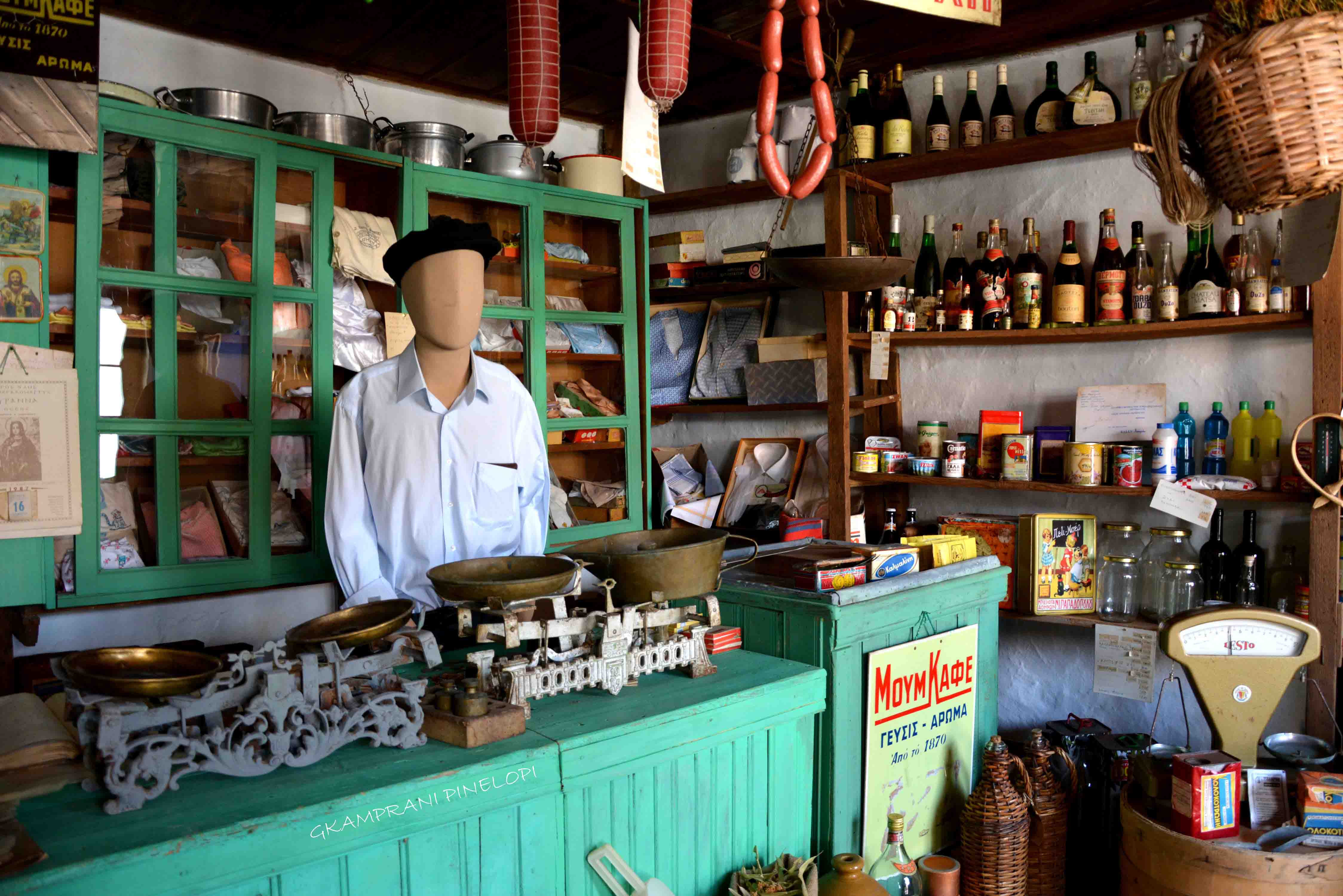 Find out the long history of Ossa’s shoemakers

Ossa's famous shoemakers, the shoemakers of Vyssoka, as they were more widely known in Central Macedonia, were a prosperous and powerful union of professionals who not only left their mark on Ossa's recent history and economy throughout the 18th, 19th and 20th century, but also in the wider area of northern Greece. The descriptions in the sources of the beginning of the 20th century vividly and clearly describe the long history, the organization and the operation of the trade union of the Vyssoka's tanners and shoemakers. The scenographic revival of an old shoemaking workshop in the form of an exhibition, keeps alive the memories of the village, saving the material evidence of this traditional profession, which for many centuries developed in the settlement. The Old Tsagkaradiko is the precursor "The Shomaker 's House", the first and only multimedia showroom for the systematic recording of the shoemaking history in Greece, with main reference to the settlement of Ossa! Go for wine-tasting at Babatzimopoulos Estate

Within a short distance from the settlement, you can find the Organic Vineyards of Ossa – Babatzimopoulos Estate and the Agios Georgios and Kioski forest recreation areas.

The domaine stretches over 500 acres, 264 of which are being organically cultivated with Greek and foreign wine varieties, while the rest is covered by forest, branding it as an excellent agro-tourism destination. Apart from the vineyard, you’ll also come across an up-to-date winery for bottling organic wine, wineaging areas, wine-tasting rooms, a permanent photo exhibition and a distillery for ouzo, tsipouro, grape extracts and other distillates’ production by the brand name of BABATZIM, true to the family’s tradition since 1875 in Constantinople.

The magnificent outdoors of Domaine Anestis Babatzimopoulos and the numerous activities provided at the vineyard attract many wine, distillates and nature lovers, thus numerous recreation and food and beverage facilities are available. 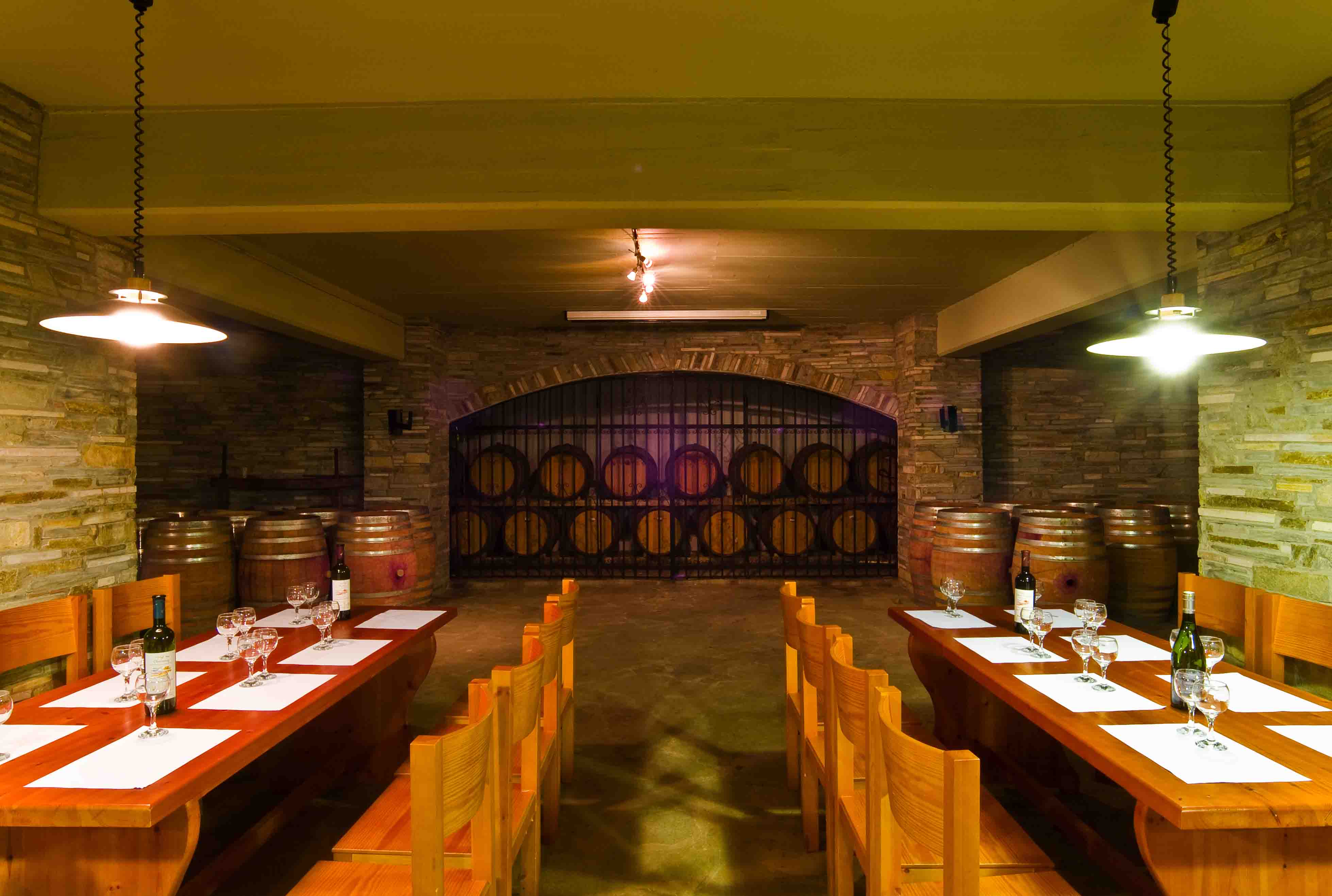 Blend in with the locals in “Cherry Festival”

The particular soil and climatic conditions of Ossa, characterized by a healthy, cool and dry climate, favor the production of high-quality agricultural products, with a tradition of growing crisp cherries. On the occasion of this production, the local cultural club successfully organizes the annual “Cherry Festival” events every year (end of June). Residents celebrate the excellent quality of their production, organizing parallel cultural events.