This is where the cool of the mountain air meets the sea breeze. It stretches up the mountainside of Olympus’ highest peak (Mytikas, 2,918 m.), yet this picturesque town is only a few kilometers away from the sea; and that’s what makes it the perfect destination all year round. 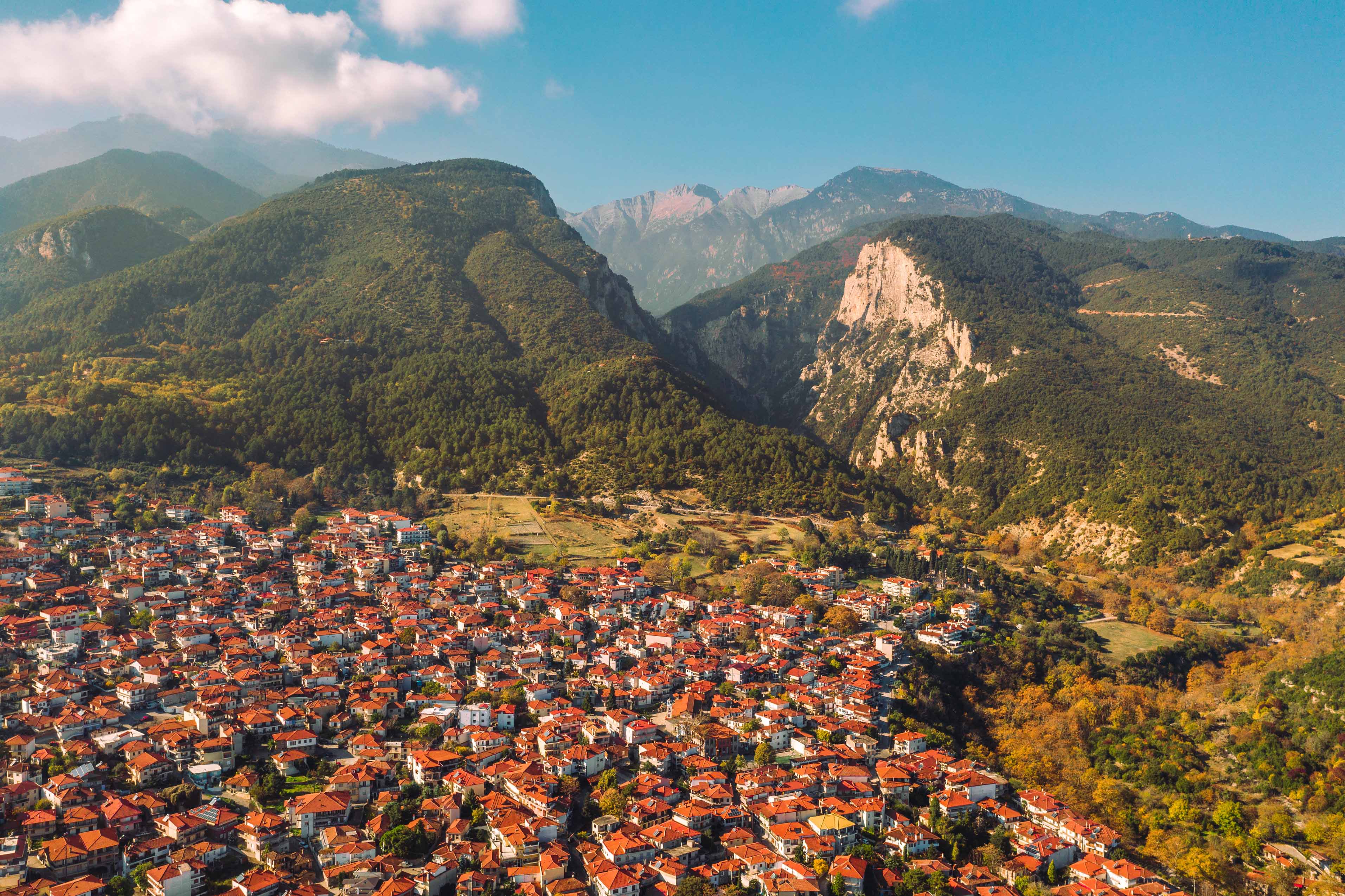 This is a small village of 37 people, built on the north-west foothills of Mount Olympus, with a wonderful view over Pieria Plain. The village is situated close to the historical location of Petra, which in ancient times was on the main route from Pieria to the rest of Greece. Due to the altitude and location of the village (580 m), it is a good starting point for walks to and from the Xerolakki Stream, and is a great spot to enjoy fine food at the end of a hike.

Karya has a population of 542 people and is located in foothills on the south side of Mount Olympus. Despite being a small village, it has a rich tradition, both mythological and folk. 8 km away from Karya is Klimadon Monastery (which today is known as Naidrion of Agia Triada), which played an important role during the Turkish occupation. The visitor can also go to Xerolaka which is an organised recreation area with hiking paths close to Ziliana River, Samara spring or Spilaio tou Moria (Moria Cave) in Bechtesi, which was used as a refuge by guerrillas.

Located at an altitude of 1,250 m, this is a small village with approximately125 inhabitants and dates back to the 12th Century. In 1442 it was occupied by the Turks. During WWII the German occupiers set fire to the village. Some of the sites worth exploring from Kokkinopilos include the Stalagmatia spring, Kroutseli and Tsiamara. Additionally, many paths and routes to Mount Olympus start from here.

Archaeological evidence dates Palaios Panteleimonas to the end of the 14th century. Today it is a stunning restored traditional village on the slopes of Kato Olympus. It lies at an altitude of 700 m, with an impressive view over the Thermaikos Gulf, the coast of south Pieria and the Venetian castle at Platamonas. It is an ideal area for nature walking, parachuting, paragliding, and mountain biking. There are many traditional guesthouses in the village, and local taverns serving the local dishes, including spicy mezes, local wine and traditional “tsipouro” from the strawberry tree berries from Mount Olympus.

This city had been a thriving center of civilization from the time of its foundation for a period of 1,000 years from the 5th c, BC to the 5th c, AD. The archaeological site of Dion (meaning “the city of Zeus” in Greek), boasts a large temple dedicated to Zeus, a series of other smaller temples and a 2,200-year-old exquisite statue of the Greek goddess Hera. It was in Dion that Alexander the Great assembled his army before he began his conquests to the West. The area is renowned and much visited for its archaeological site. A large fortified ancient city, temples, theatres, a stadium and cemeteries were unearthed and they serve as evidence that the area was inhabited for more than 1,000 years (5th c. BC up to 5th c. AD). 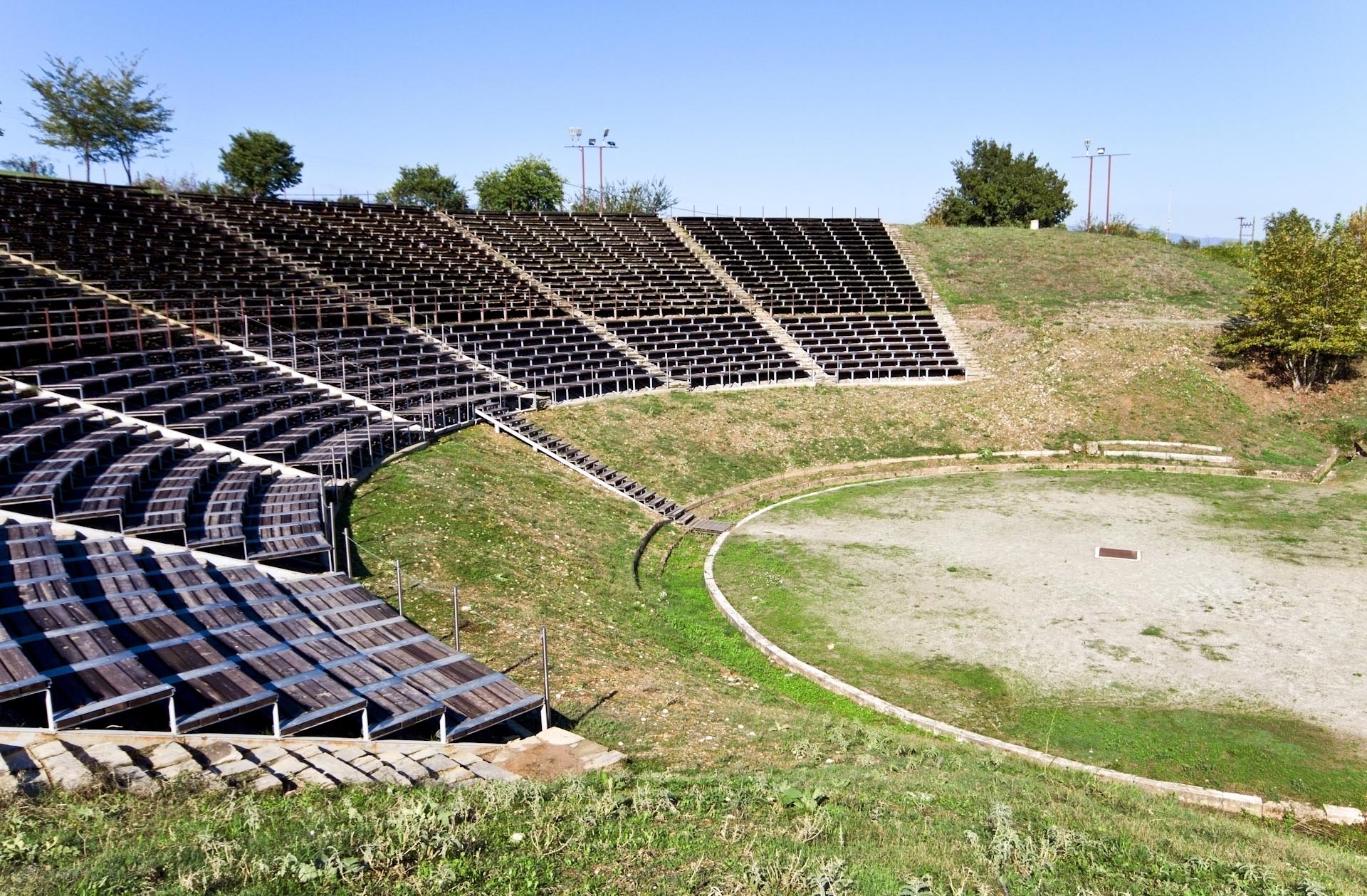 On the southeast outskirts of Olympus, at an altitude of 600 m, is Palaioi Poroi, a traditional village with stone houses from the 17th and 18th centuries and the Byzantine church of Agios Georgios in the paved central square. There is a stunning forest above the village which is a great place to walk and admire the flora and fauna of Kato Olympus. There are also two impressive churches which are well worth a visit Agioi Apostoloi Church and Zoodochos Pigi Church.

This traditional village on the slopes of Kato Olympus has the impressive Agios Athanasios church dating to the 14th century, with a unique wood-carved iconostasis. In the central square is also the parish church of the Dormition of the Virgin built in 1862 on the site of a much older church. From here there are some highly interesting hiking routes available, offering a good opportunity to admire the flora and fauna of Kato Olympus. Mountain biking are also plentiful.