Natural landscape, unforgettable flavors and unique places of art and gastronomy compose an alternative choice for an outing in Kalamaria!
It’s not only the heart of the city that offers plenty of downtown options in fun and entertainment. Being one of the oldest and high-end neighborhoods of Thessaloniki with more and more new entries and facilities, Kalamaria offers a complete and careful all-day experience. 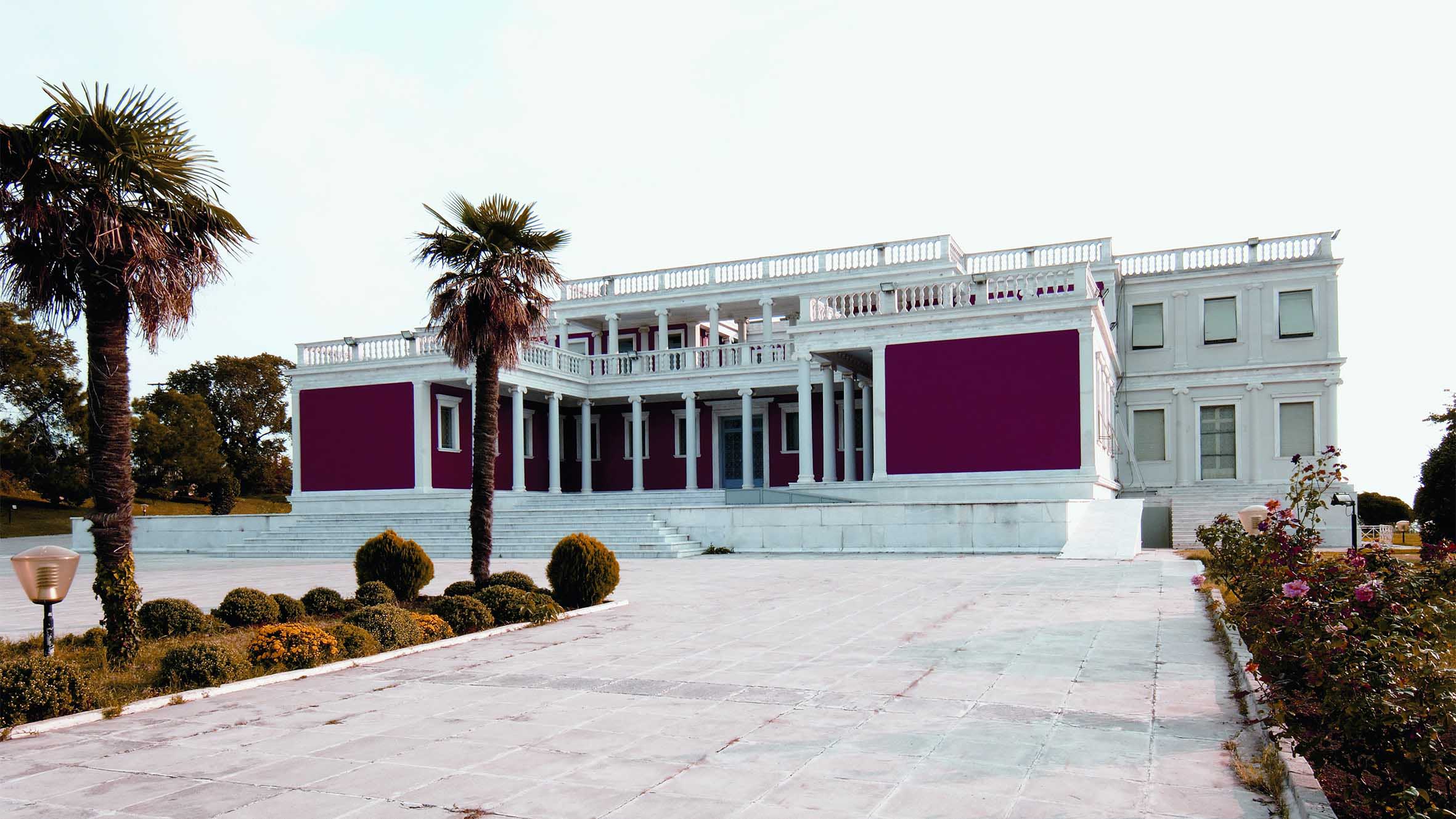 Neoclassical monument, landmark of Kalamaria. It is located at a key point, at the tip of the coastline, with a panoramic view. It was designed by Pericles Sakellarios in the 1950s and inaugurated in 1960. It was then given to the Greek Royal Family as a summer private residence, but they did not use it, except for one night. In 1968, during the dictatorshuip of the Colonels, the use of the property was attributed to the Ministry of Northern Greece. After 1974 it was used as a residence by the Minister of Macedonia - Thrace and by the Prime Minister and later President of the Republic, Konstantinos Karamanlis during his visits to the city. The last tenant of the Government was the Minister of Macedonia - Thrace, Nikos Tsiartsionis.

Today it is managed by the Public Real Estate Company (ETAD), which undertook its exploitation. Proposals are discussed regarding its use as a space that will host cultural and social events, as it dominates with its impressive architecture and environment of exceptional beauty. It is granted to the Municipality for the events of the festival «Para Thinalos», lending a little of its glamor and in a way that proves its suitability for the promotion of the culture and its value as a pole of attraction for visitors from all over the country, but also abroad. 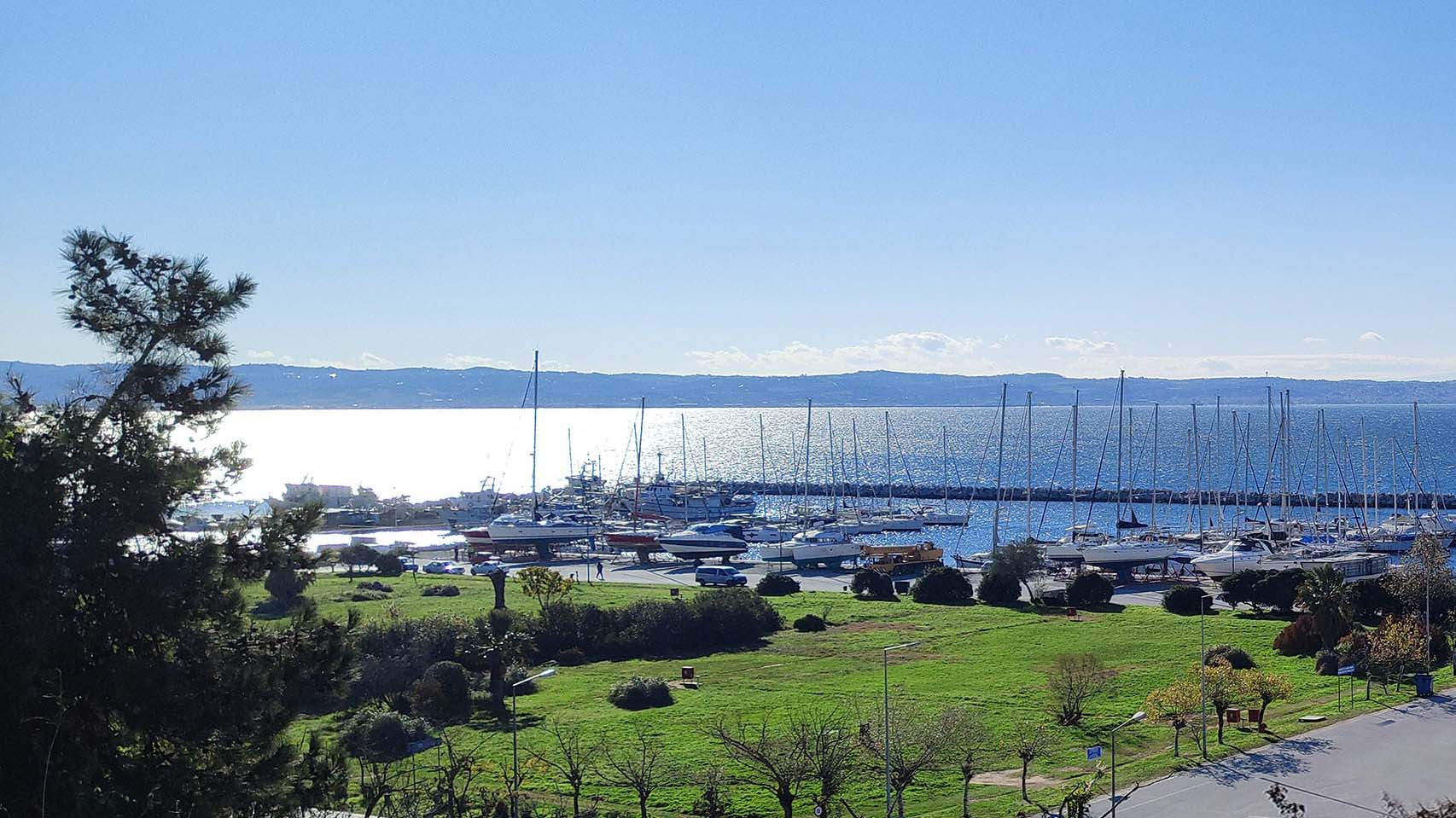 The coastal front of Kalamaria extends at a distance of 6.5 km, part of which is specially designed to combine relaxation with modern entertainment, a very short distance from the noisy city center. The historical value and memory of the beach comes from the fact that there once was the station for disembarkation, stay and disinfection of refugees from Asia Minor, the so-called «disinfectants».

It now functions as a place of relaxation and recreation, with sea access and overlooking Mount Olympus and Pieria mountains. There is a refreshment shop and a summer cinema, offering various options for leisure during the summer. Nevertheless, there are many activities of sports (rowing, sailing etc) during the winter, as well as winter swimmers who visit the beach. The Municipality takes care of all the necessary sampling checks in order to certify the purity of the beach waters. 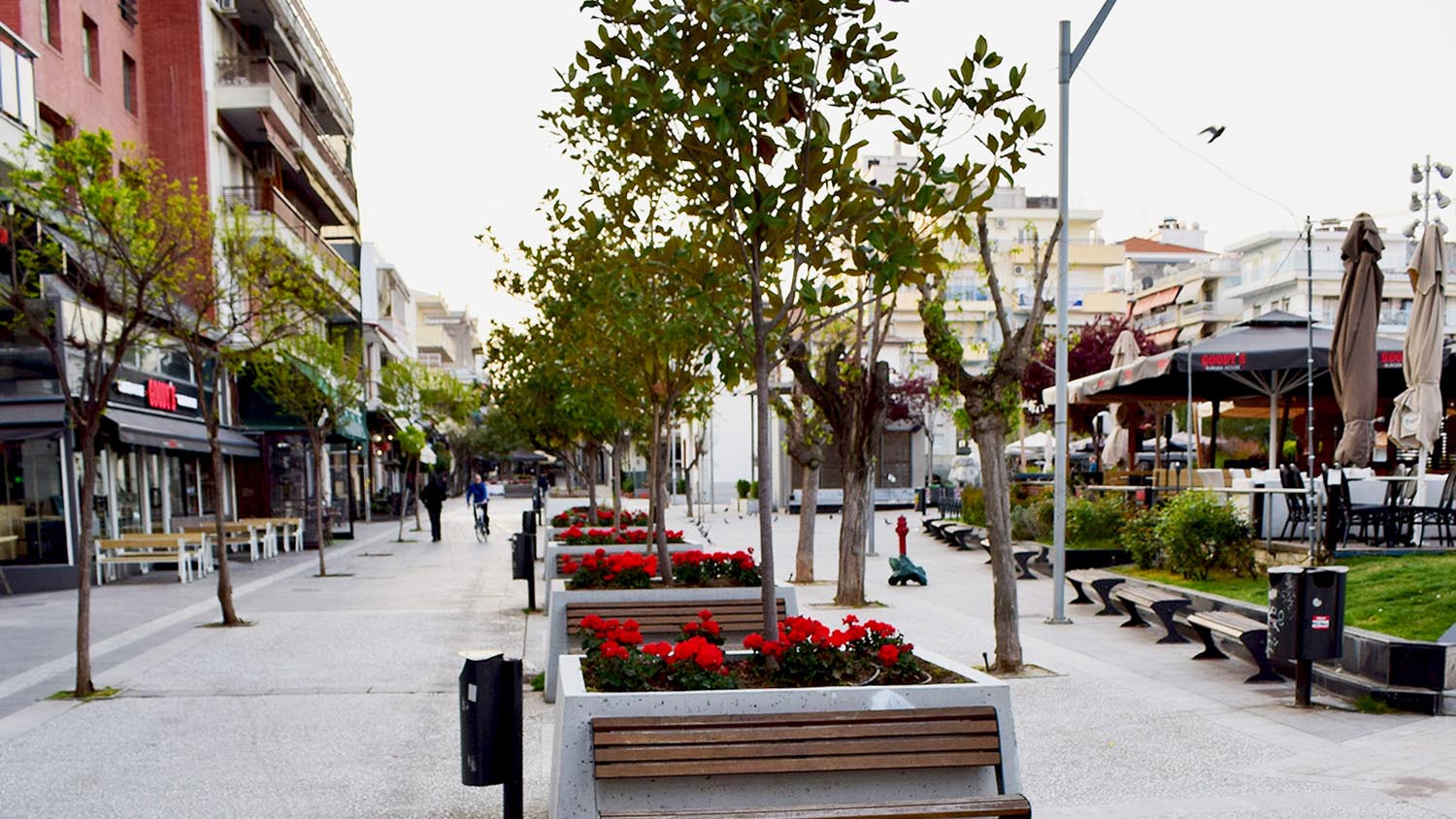 Walking towards the center of the area, you will end up at the Pedestrian Street of Kalamaria, the place that is full of life and refers more to a suburb, with facilities and shops that cover every need. The pedestrian zone, where the heart of Kalamaria beats, is a safe, comfortable and clean area, far away from the hustle and bustle of the city. A meeting point for many visitors, as it combines restaurants, cafes, bars with shops of all kinds. The square dominates in the center of this area, where the City Hall is housed and social, sports and other activities are organized. A street full of life that soon a branch of it will develop into an «open mall» of modern design and with many attractions!

An option for lovers of dark tourism and not only are the Allied Military Cemeteries on Konstantinou Karamanli Street in Kalamaria, next to the municipal cemeteries and behind the Dalipi military camp. Many who sacrificed their lives hundreds of kilometers away from their homelands are buried in this place. 1810 soldiers are buried in these cemeteries. Most came from countries of the then British Commonwealth but there are also 147 soldiers of other nationalities (Greeks, Russians, Bulgarians and Turks). Also in the cemetery there are memorial columns for the almost 500 victims who came from the sinking of the allied ships ["Marquette", "Ivernia", "Arcadian", Fleet Messenger "Princess Alberta" as well as the hospital ship Brittanic (British) - one from the three "sister" ships of the Titanic, and sank on 11/21/1916 sailing near Kea]. There is also a memorial to the approximately 500 nurses, military personnel and Commonwealth men who lost their lives at sea while transporting troops by ship to the Mediterranean.Few places remain to remind us of this dark side of history like this. The well-kept garden, the marble slabs arranged in rows and the Cross of Sacrifice in the center. On them are engraved the details of each soldier and a few lines about how important each of them was for his family, for the gap he left in his absence, for the "future encounter". 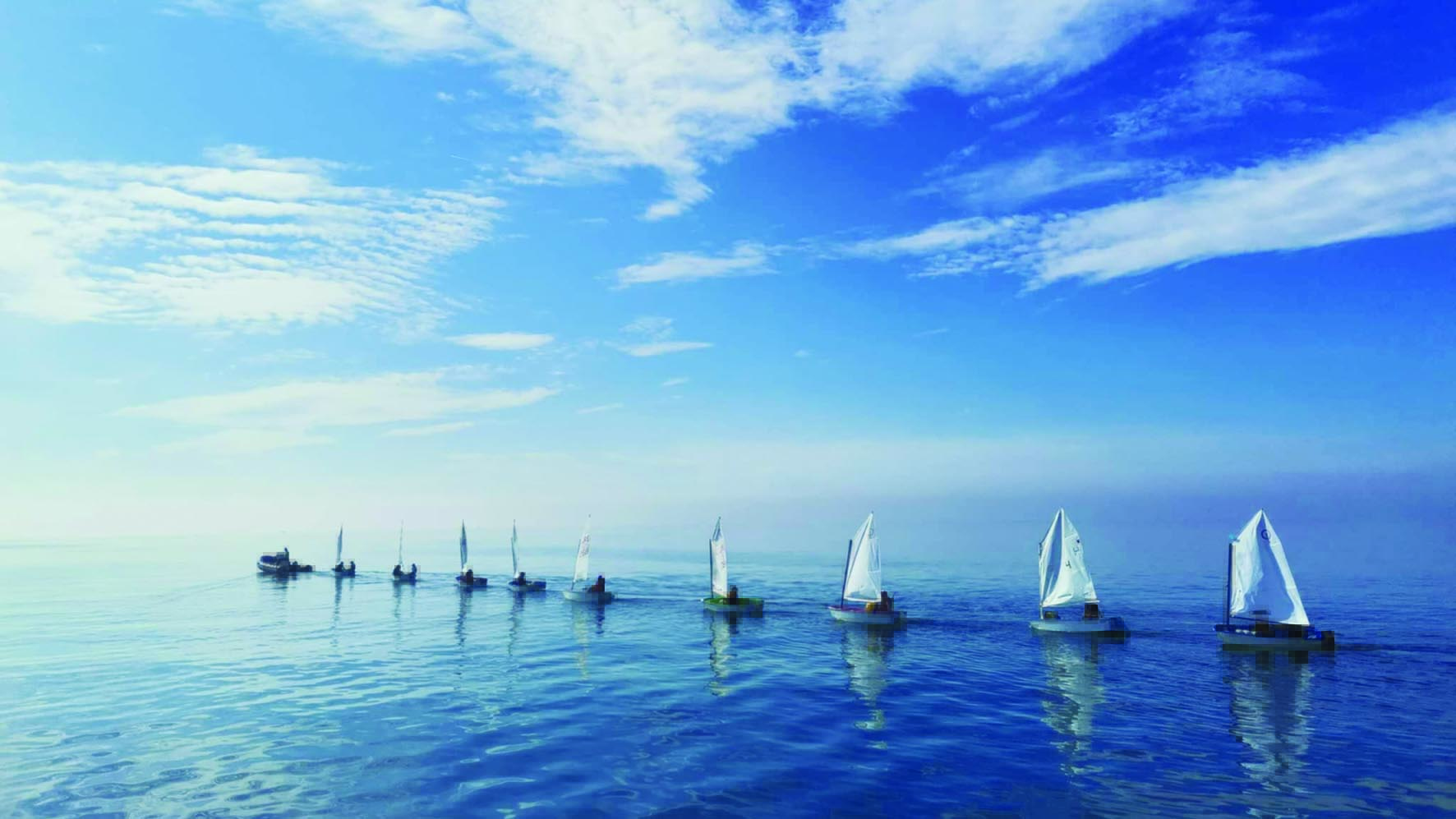 The coastal avenue of Kalamaria or the so called “Riviera” of Thessaloniki. A place where young and old can take a walk, enjoy their food or coffee and a wonderful sunset with stunning sea views. 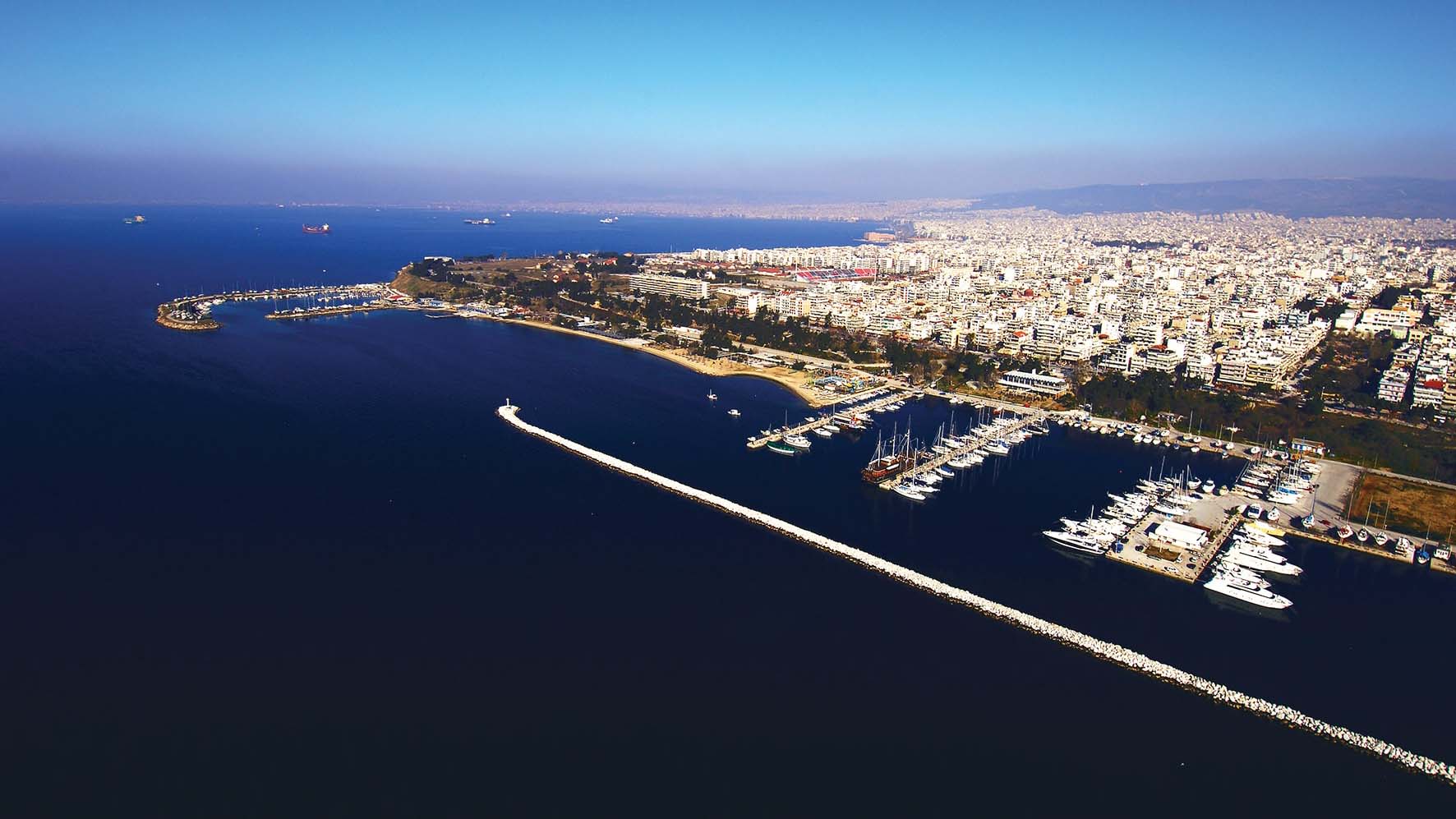 Time for ​​Aretsou!  The Marina has berthing capacity for 380 vessels up to 50 meters in length. It is open all year round and has a clean and green environment. An ambitious plan is currently being drawn up according to which the marina will be utilized and renovated, making it the jewel of the city and the pole of attraction for every citizen who wants to visit it.

This is your best chance to enjoy your coffee with the absolute morning calm of the sea or pick your…lunch option! Ask for the famous rib carpaccio, the delicious sea bass tartare, pasta with seafood and many more suggestions based on the pure ingredients of the sea and of course, with a great dose of imagination and care. Combine your meal with one of the fine wine labels and indulge in the seaside setting and intense flavors.