It’s the emerald crystal-clear waters, the golden beaches, the hidden secluded coves and the exotic bays, the reviving Mediterranean light and the pristine nature, the mountainous settlements and the sanctuaries, the treasures of the monastic state of Mount Athos, the vivid nightlife, the intoxicating mixture of the sea breeze and the aroma of the pines… It’s Halkidiki that invites you to truly discover a place of dreams!

We’ve gathered the 9 (out of the countless!) things you should not miss in Halkidiki! 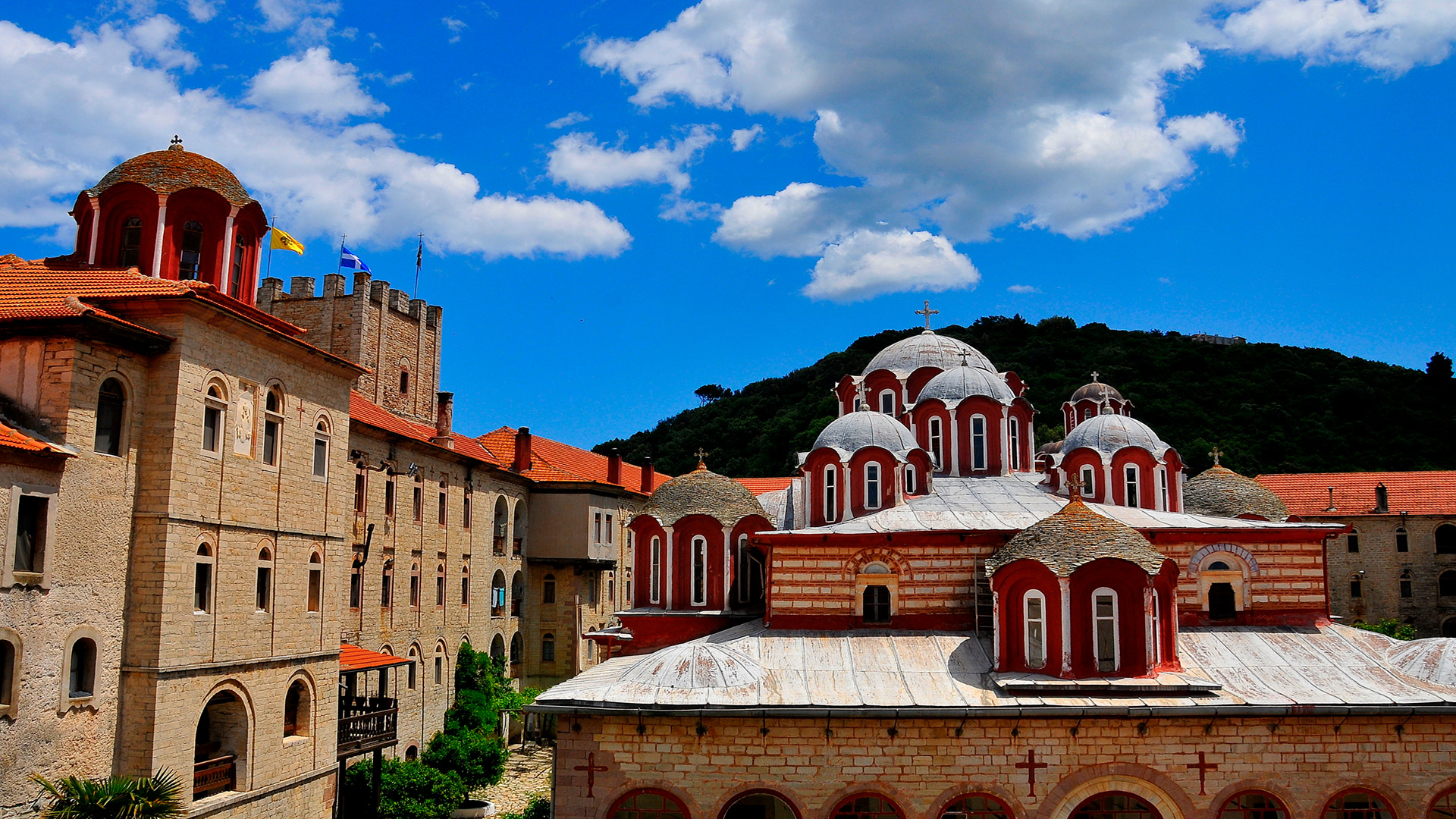 The monastic community of Mount Athos is located in the peninsula of Athos and has access only from the sea. Τhere are twenty monasteries. The entry to Mt Athos is a privilege of men but you can do a cruise around the peninsula by boat. You need a special permission in order to enter and admire the architecture of the monasteries and the hagiographical tradition of Mt Athos. Due to the outstanding architecture and invaluable treasures of the monastic community, since 1988 it is included in the UNESCO list as a World Heritage Site.

** To admire up close the architecture of the monasteries and the great hagiographic tradition of Mount Athos a special permit is required.

2. Take a tour in the homeland of the ancient Greek philosopher Aristotle 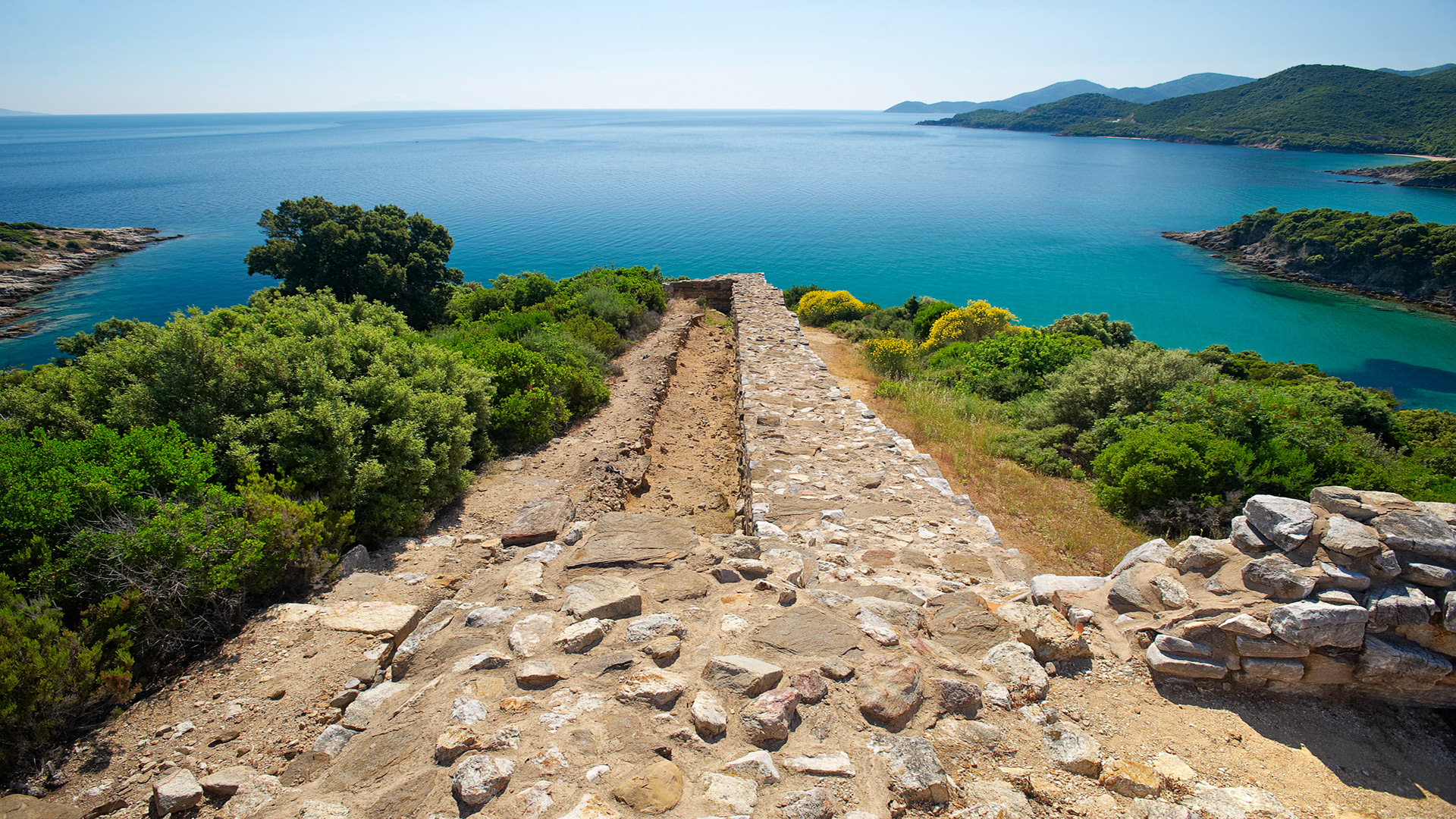 Τhe ancient town of Stagira, the birthplace of the Greek philosopher Aristotle (384 BC – 322 BC) was a colony of Andros, founded in 655 B.C. The city was occupied by King Phillip II in 349 BC after the fall of Olynthos. King Phillip rebuilt the city in order to honor the great philosopher and in return of Aristotle’s tutoring to his son Alexander the Great. When Aristotle died, his fellow-citizens transferred his body to Stagira where he was buried with great honors. He was declared a “founder” of the city and an altar was built on his tomb. Aristotle is one of the greatest international personalities of all time and one of the most important founding figures in Western philosophy. He was the father of logic, laid the foundations of sciences and determined the principles of politics.

3. Travel back in time at Ancient Olynthos 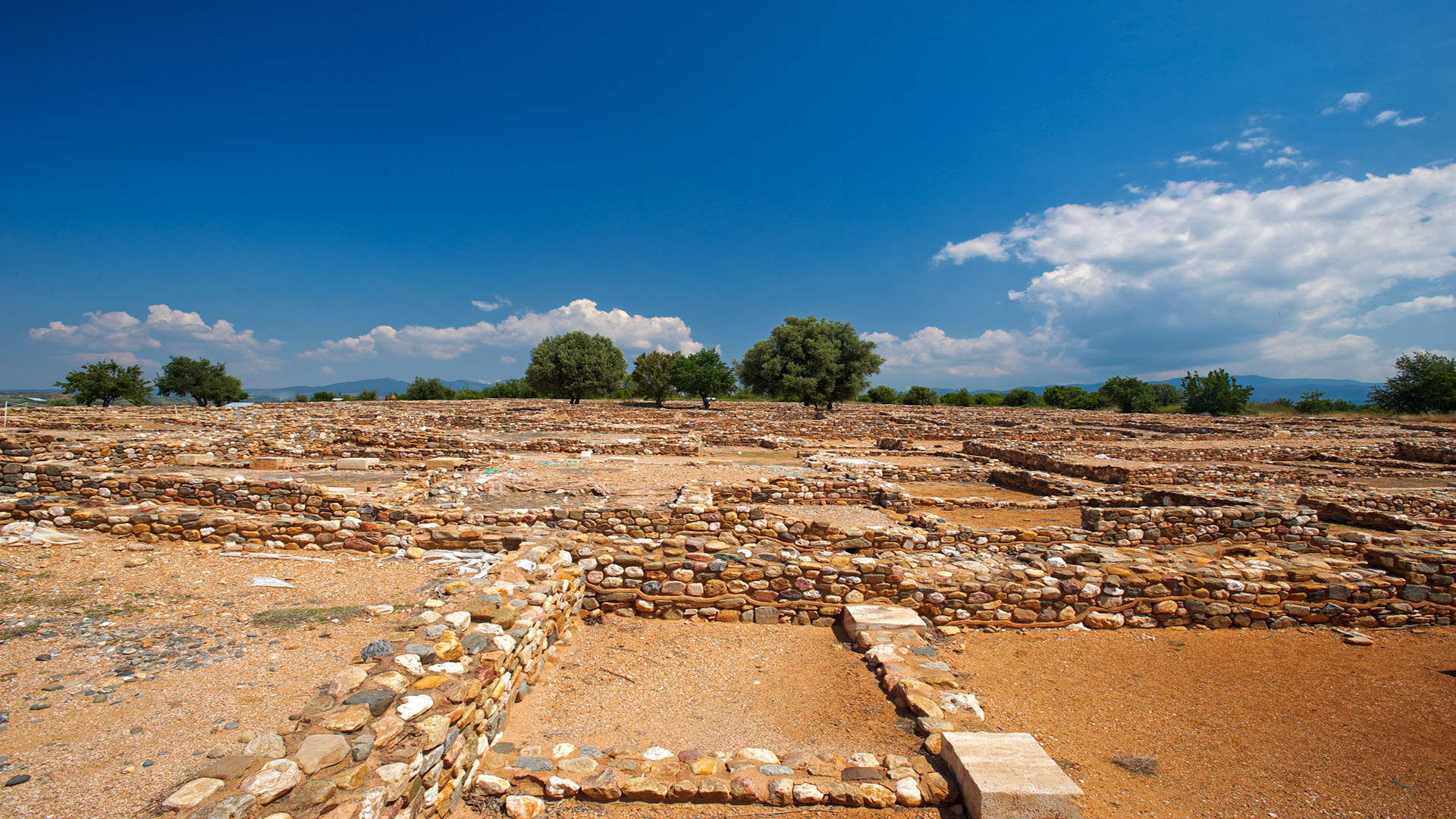 Ancient Olynthus is located 70 km from Thessaloniki and 16 km from Polygyros. For 100 years Olynthos was the most important city of Halkidiki. The area was constantly inhabited since the Neolithic Age. The evidence from the excavations shows that the archaic city, which was a continuation of the prehistoric one, was built on the southern hill. The city was destroyed in 480 B.C. by the Persians. Then, it became the capital of the Euboan colonies in Halkidiki and during the Peloponnesian War grew more. In 348 BC the Macedonian army conquered it and destroyed it. Although the ruins are remarkable, the findings of the excavations are exhibited at the Museums of Thessaloniki and Polygyros.

4. Discover the mountain trails of Holomon

The Peninsula of Halkidiki is famous for its beaches but it is also endowed with a beautiful and unexplored mountainous territory. Vegetation is lush in the mountain paths of Mt. Cholomon, the Itamos range and the waterfalls at Varvara. Discover the stone mansions in the traditional villages and the chapels hidden in the pine forests. Go horseback riding and ride along exciting 4x4 dirt tracks or take your bikes around mountain cycling route. 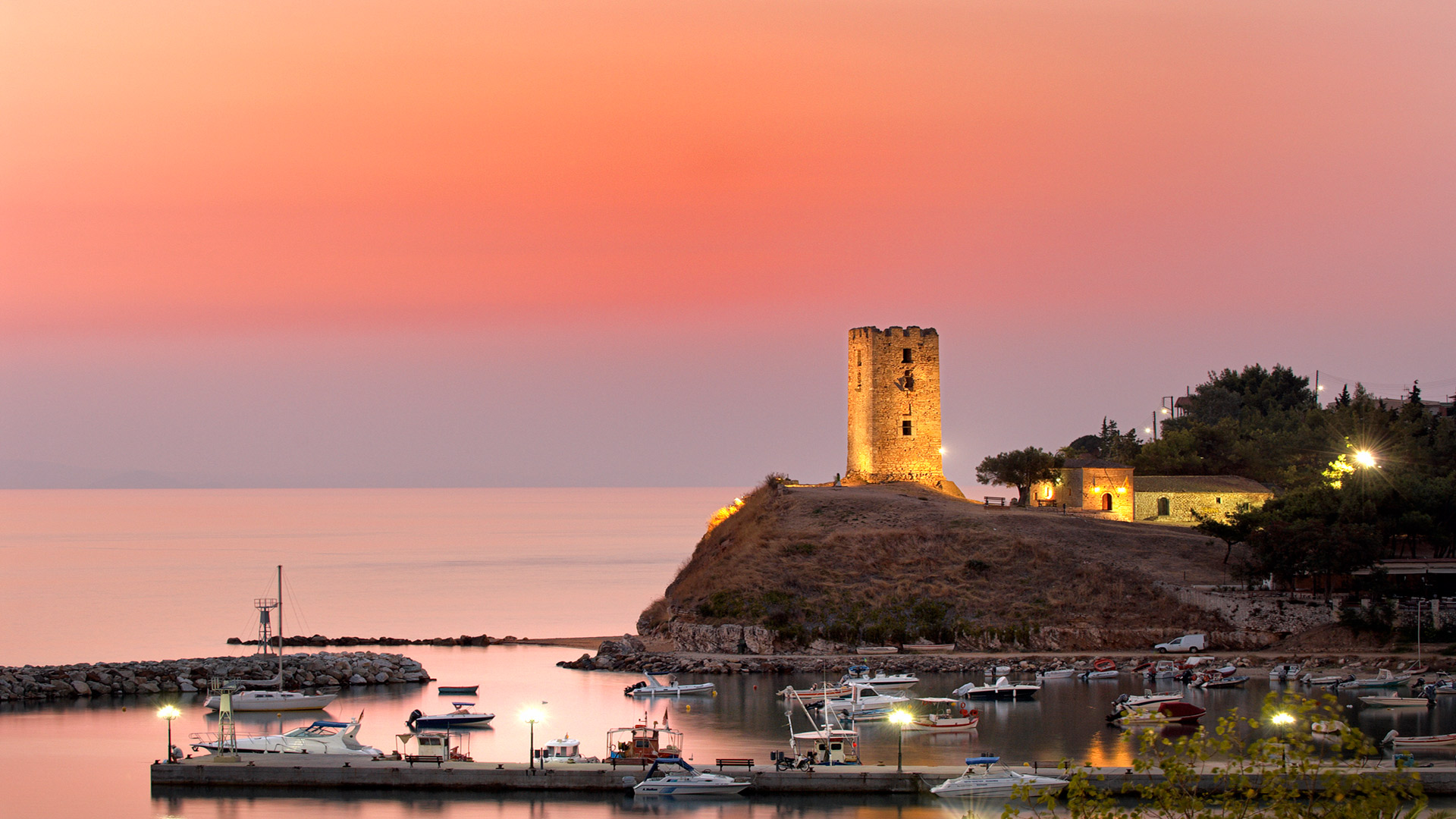 Discover the famous Halkidiki towers that seem to come straight out of a film scene! Built during the Byzantine period in prominent positions, thus primarily found on hills and hillocks, they were originally used for “communication” among the inhabitants of Halkidiki. A trip to the most important towers of Halkidiki will take you back in time, while you will enjoy breathtaking panoramic views! A few of these are the impressive stone tower of Agios Pavlos in Nea Fokaia, the biggest and best-preserved tower of Prosforio in Ouranopoli, the Byzantine tower of the monastery of Stavronikitas, in the Sani region. You will find remarkable towers in the area of ancient Olynthos- the tower of Mariana, the tower of Krouna in Ierissos and the tower in Galatista, with its unique architecture.

6. Spend a day at the unique theme park of Halkidiki 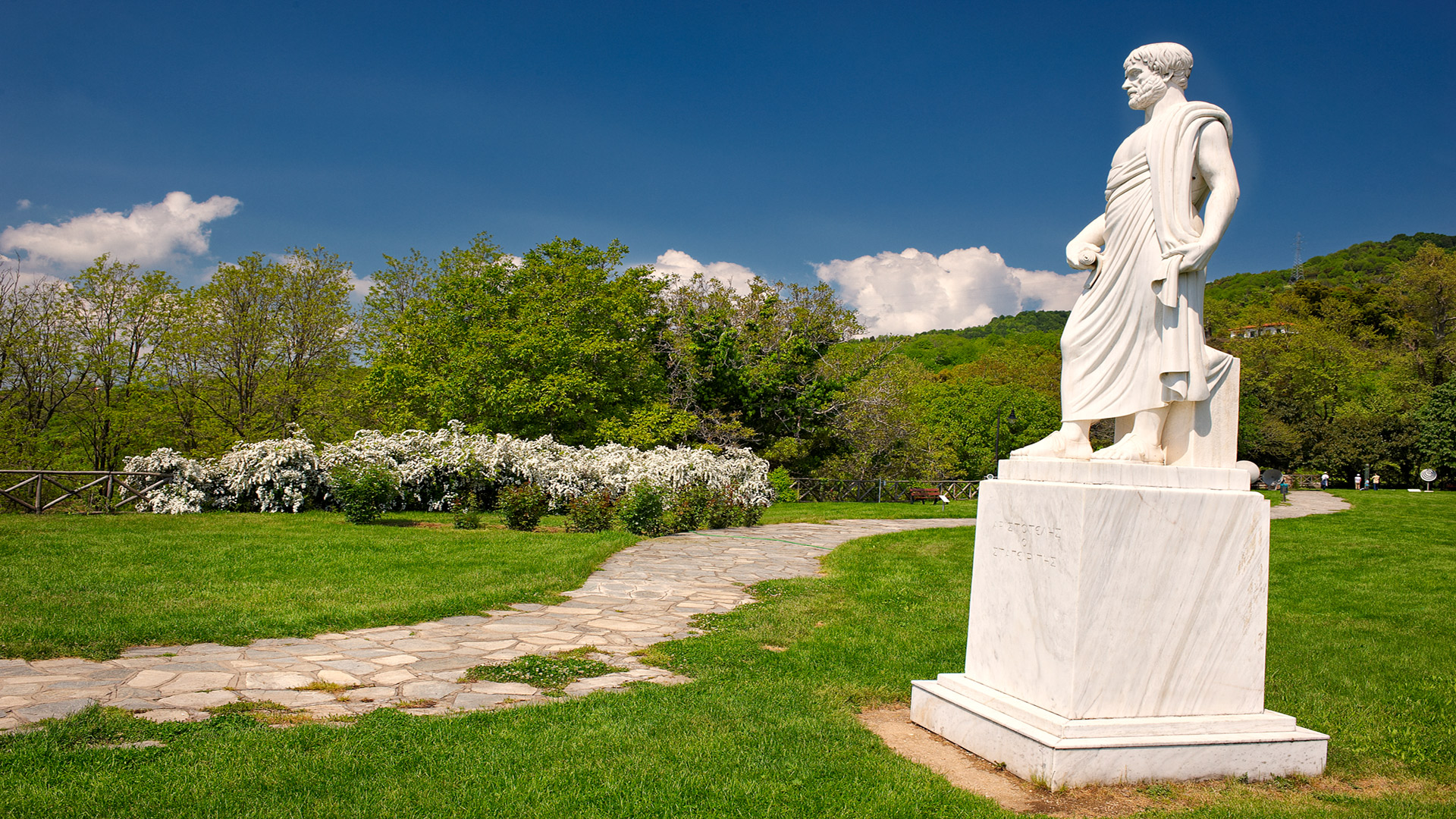 Aristotle’s Park is located in Stagira. The Theme Park is located in a most beautiful area with a marvelous view toward the gulf of Ierissos and the whole peninsula of Athos. When the weather is good you can see some of the monasteries on Mount Athos using the telescopes. The Theme Park includes a series of other instruments which when used properly will show the phenomena of nature. Aristotle’s Park is an excellent place to learn about activities and interactive games.

7. Swim in the turquoise waters 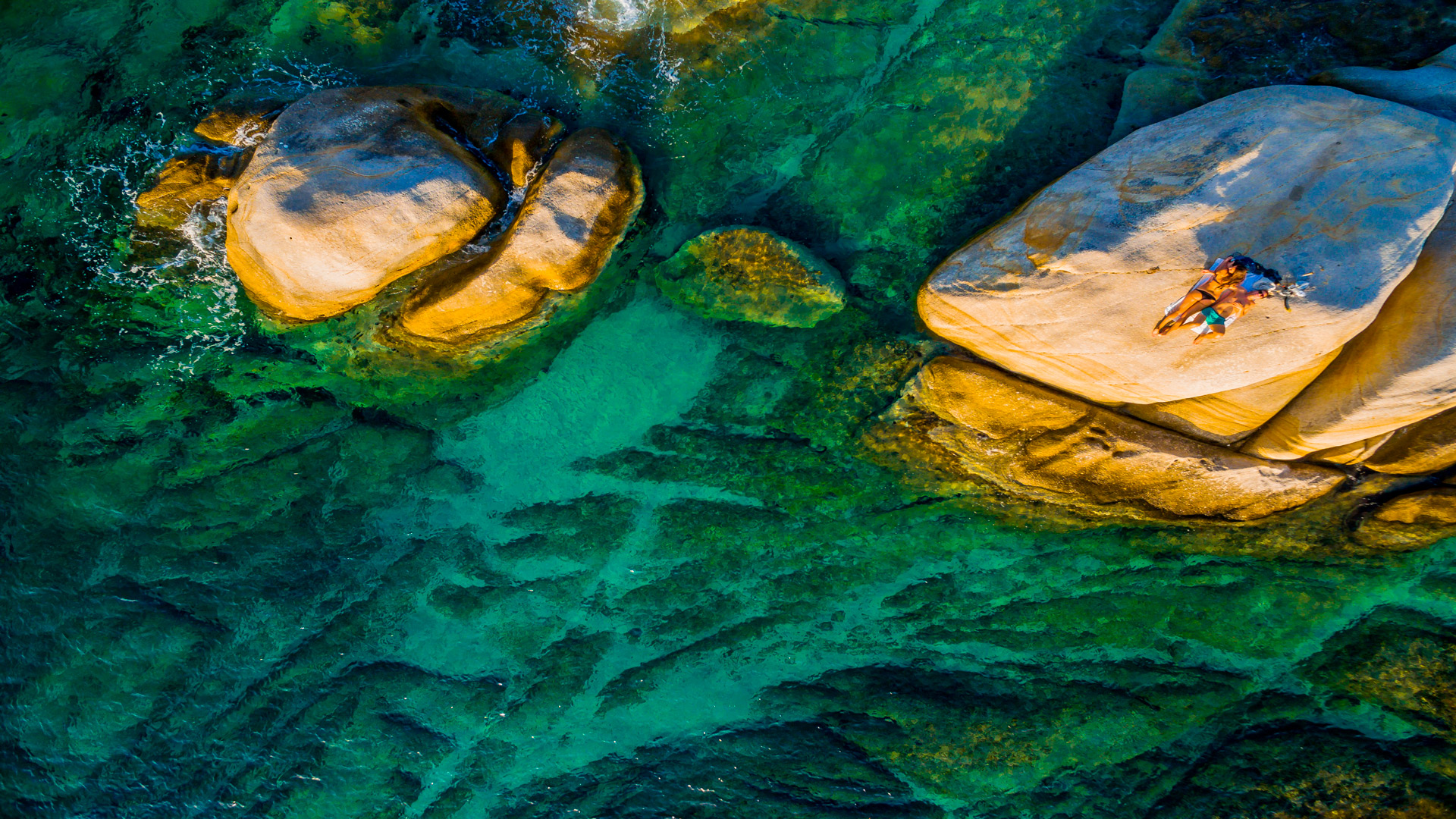 Halkidiki can boast an amazing 550km of coastline, featuring a thousand different beaches, some offering an endless expanse of golden sand, others rocky. Here you may find popular beach bars-with music and water sport facilities-ideal for socializing on one hand and on the other, you may discover secluded beaches and deserted coves, perfect for chilling out. There are shallow beaches offering family activities-where children can play safe-yet there are places with deep waters ideal for scuba diving. All of them though are blessed with crystal clear and turquoise waters reflecting the deep green of the pine-tree forests. The Blue Flags that Halkidiki is being awarded every year are rightly deserved.

8. Sail to Ammouliani for swimming and appetizers on the beach 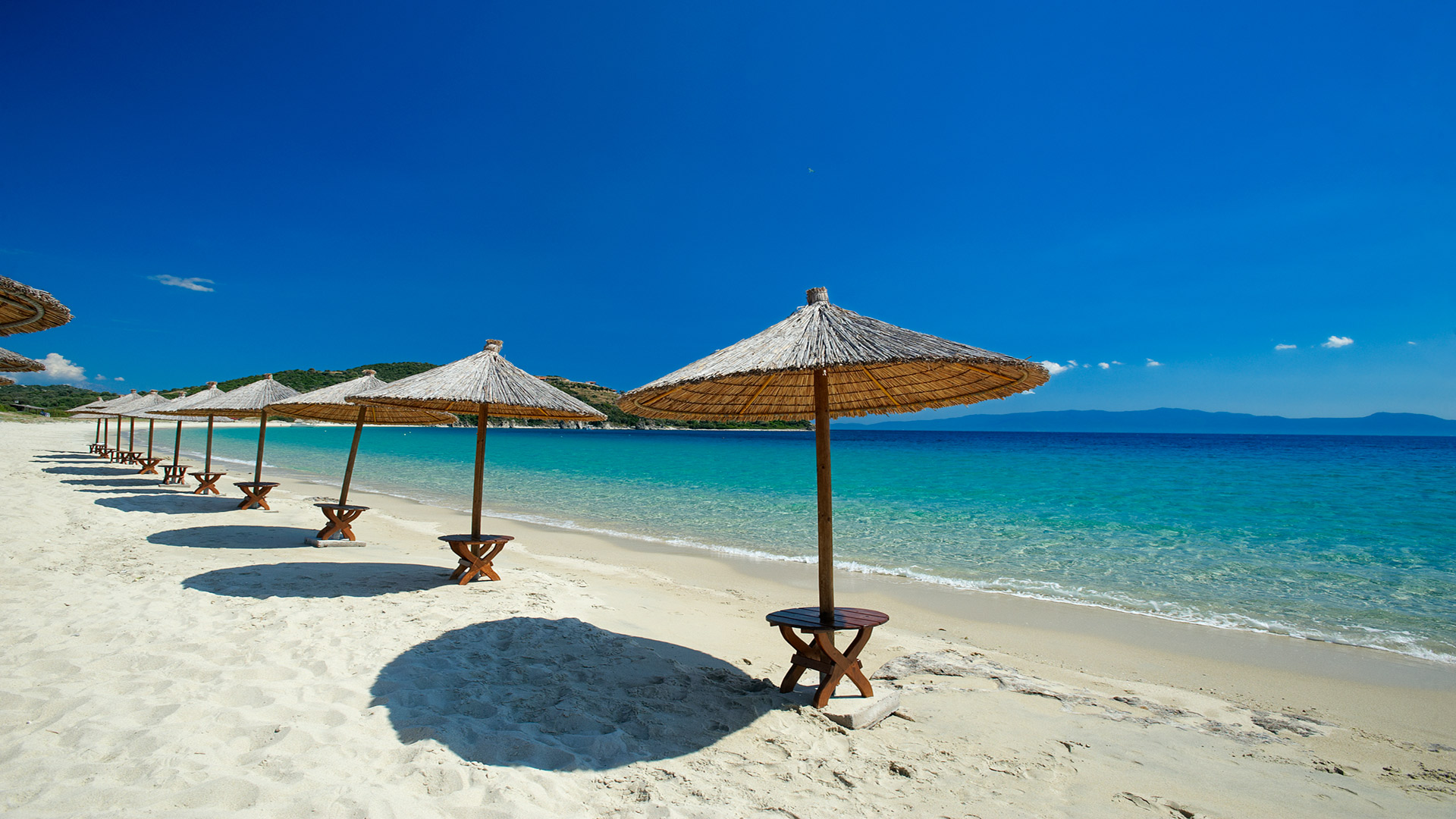 Ammouliani is the only island in Halkidiki with a permanent population. since its formation. About 600 people arrived as refugees from Asia Minor. The island has a surface area of 4,5 km. There are hotels here, as well as rented rooms, camping sites, picturesque tavernas, cafes etc. The island has wonderful beaches with picturesque bays. It can be reached by ferry from Tripiti and lies just two nautical miles from the coast.

9. Wander around the picturesque villages 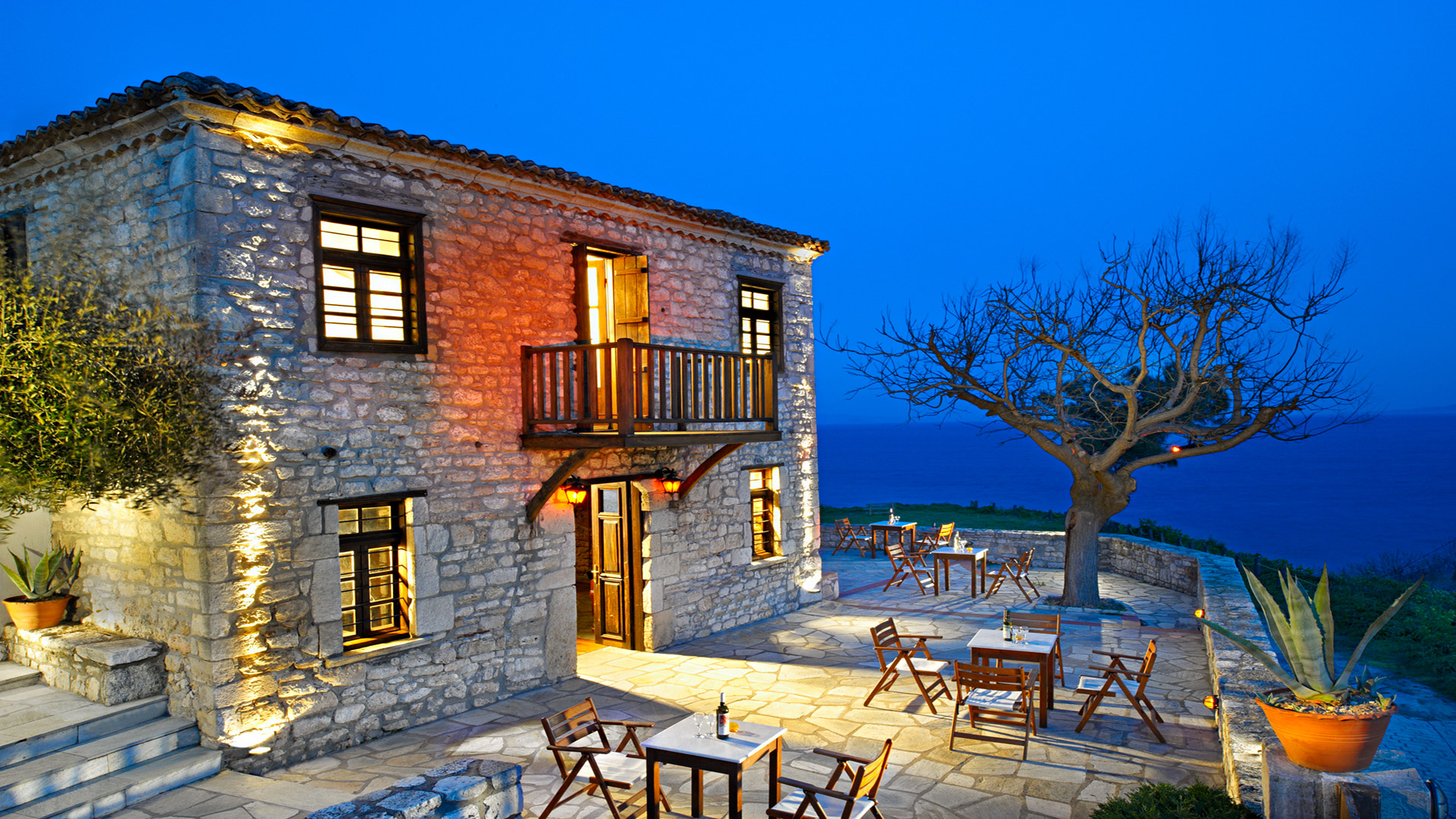 Combining the unspoiled land, the lively communities, unique architecture and gastronomy, and a glorious past to explore, Halkidiki is an eclectic destination. A visit to Afitos, Parthenonas and Arnea is a must for those looking for an authentic, traditional experience. Walk up to the village of Afitos on the western Kassandra peninsula, with its cobbled streets and stone-built houses. Arnea is where you should go to get a real feel of what life is like in Halkidiki’s mountains, to see examples of traditional architecture and to find out more about old-time crafts such as weaving. Another must-stop is the village of Parthenonas which is known for its well-maintained Macedonian houses, its original folk art museum and, more recently, for its summer film festival.